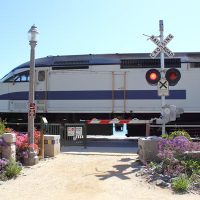 Although car accidents are far more common than train accidents, the latter can indeed result in serious injury or death. In fact, there have been many such fatal train accidents in recent years – not just in Florida, but throughout the entire nation. Family members of these train accident victims often seek answers and closure for everything they have been forced to endure. These accidents may leave them with lost wages, unpaid medical expenses, funeral costs, and emotional damages. One widow is not simply sitting down and accepting her husband’s death without her time in court. She is now suing a train company for this tragedy, claiming that it could have been avoided.

The Fatal Crash That Killed a Florida Professor

On October 6th, it was reported that the widow of a Florida-based professor was suing the Massachusetts Bay Transportation Authority and Keolis Commuter Services, LLC for the death of her husband. She claims that this fatal accident was the direct result of their negligence.

The incident stems from an incident in 2019, when the professor was cycling at the Beverly Depot station in an attempt to catch a train. At the time, he had just been hired as a journalism professor at Emerson College – having previously lived in Miami while teaching at the Florida International University. It seems as though he was cycling across a pedestrian crossing when he was struck by an oncoming train and killed.

Her widow points out that five other people have been struck by trains at the exact same station – including a man who ultimately died from his wounds in 2017. In her lawsuit, she also claims that the train was moving too fast when it struck her husband, arguing that the speed of the train was above the legal limit for that area. Finally, she argues that the train failed to activate its horn to warn pedestrians and cyclists in the area.

Will This Lawsuit Succeed?

The success of this lawsuit hinges on the ability of the plaintiff to show that the defendants were aware of the potential hazard and yet did nothing to address the problem. They seem to have had some success in doing this, especially since they’ve already pointed out the fact that five other individuals had been struck by trains in the five years prior to this fatal accident. This would suggest that the defendants were aware – or should have been aware – that a hazard existed.

Enlist the Help of a Qualified Train Accident Attorney Today

If you’ve been searching for an Orlando train accident attorney, Payer Law is here to assist you. With the recent spike in train accidents across the entire nation, it should come as no surprise that so many victims are seeking compensation. Many of these families have been left without their primary breadwinners, and they face a lifetime of economic hardship as a result. If you find yourself in this situation, you don’t need to simply sit back and accept it. You can file a personal injury lawsuit and receive compensation for those who caused the train crash. Book your consultation today to learn more.