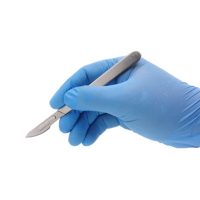 When Florida residents go in for surgeries, they expect to be operated on by a surgeon who is fully coherent and unimpaired. Unfortunately, some Florida residents experienced the opposite. One surgeon is being accused of operating on people while impaired, and it is throwing doubt on the entire medical system. But what if you experienced something similar? Can you sue for your damages?

On December 2nd, it was reported that Ascension St. Vincent’s in Jacksonville was being sued over allegations that one of their surgeons was operating while impaired. Specifically, it was revealed that this particular surgeon was suffering from a neurological condition that caused him to slur his speech and lose balance. According to the lawsuits, this led to the development of “devastating” injuries suffered by his patients – and one death. Now, a former CEO at Ascension is being called upon to testify on this matter, despite the organization fighting tooth and nail to keep him out of the courtroom. The plaintiffs allege that this former CEO has “unique, personal knowledge” of the shocking allegations over the impaired surgeon.

The plaintiffs allege that over a four year period between 2016 and 2020, the surgeon committed hundreds of acts of medical malpractice because of his neurological condition – which was apparently getting progressively worse as time went on. They specifically point out that this condition caused his motor skills to degrade, but they also claim that it affected his cognitive abilities, his judgment, his gait, and his speech. In addition, they allege that this condition caused emotional outbursts.

According to court documents, this former CEO received at least one complaint from a concerned surgeon about the “poor outcomes” for patients of this impaired doctor. More than one patient required a knee amputation – ostensibly a direct result of the doctor’s mistakes.

Is It Easy to Sue for Medical Malpractice in Florida?

The standard is quite high when suing for medical malpractice in Florida. You have to show that the negligent medical professionals involved were guilty of gross negligence – acts that go beyond simple mistakes committed in the day-to-day medical world. You also have less time with which to file your lawsuit, as the statute of limitations for medical malpractice lawsuits is shorter than other personal injury lawsuits. But that doesn’t mean you should stay silent if you’ve been harmed by a medical professional, and you deserve to assess your legal options.

Where Can I Find a Qualified Personal Injury Attorney?

If you’ve been searching for a qualified, experienced Orlando personal injury attorney, look no further than Payer Law. Over the years, we have helped numerous injured plaintiffs – including those that have suffered medical malpractice at the hands of negligent doctors. If you believe you have been harmed by a medical professional, you should book a consultation with a personal injury attorney at your earliest convenience. From there, you can get started with an effective action plan and pursue fair compensation for your damages.