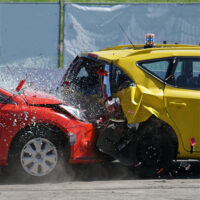 If you are a victim of a rear-end car collision, it’s a good idea to speak to a trained auto accident attorney in Orlando to discuss your case. Depending on your unique situation, you may not be fully at fault for the collision. The Payer Law will be able to analyze your situation and supply you with the best form of defense to convict partial fault on the front car driver.