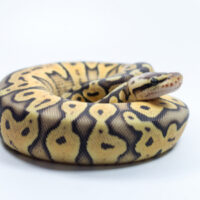 Florida has one of the largest populations of exotic, and often illegal, pets. Many of these animals were taken from the wild and/or are not domesticated, making them dangerous to others. ClickOrlando.com reported that the Florida Fish and Wildlife Commission receives an average of two calls per month reporting exotic animals that have escaped from zoos, sanctuaries, and even private residences. In addition to the havoc an exotic animal can cause to the environment when they escape (as an invasive species that may kill native plants and animals), these exotic pets can also pose a serious risk to people nearby. If you, your child, or another loved one were injured by an exotic pet, you have the right to pursue financial compensation in a personal injury claim.

Florida Administrative Code 68A-6.002 lists three classes of captive wildlife. Class I animals are larger such as lions, tigers, bears, rhinos, and more. Ocelots, several types of monkeys, and wolves are among the class II wildlife in Florida. Class III wildlife including all other wildlife not otherwise classified, such as bats. Many class II and class III animals can be owned as pets in Florida with a few restrictions. Some animals require permits to own and they must be obtained through the proper channels and not simply caught from the wild. An owner will still be liable for any injuries their exotic pet causes even if the animal is properly permitted in Florida.

Exotic animals are dangerous for a variety of reasons. Some animals are poisonous while others are simply dominant creatures who will become aggressive when caged in small quarters. An animal’s size, teeth, and claws can also make them harder to control if they escape their owner. Exotic pet owners are responsible for immediately reporting any Class I animal escapes to the Fish and Wildlife Commission. Some common injuries seen when an exotic pet escapes include:

Orlando is home to several exotic animal sanctuaries, the Central Florida Zoo, and an exotic animal veterinarian clinic. On top of these locations, many individuals hold permits with the state to keep exotic wildlife as personal pets. Common examples of legal or illegal exotic pets that may injure victims, such as yourself, include snakes, alligators, tigers, pumas and other big cats, bears, snapping turtles, venomous spiders and scorpions, monkeys, and even apes.  If you have an encounter with any animal at someone’s home or in a public place, and were injured by that animal, you may be owed considerable financial compensation, assuming you did not provoke the animal in some manner. To find out more about your options for filing a lawsuit with the owner, call the Orlando personal injury attorneys at Payer Law today. Contact our office at 407-307-2979 to schedule a free consultation today.