Does Florida Have a Distracted Driving Law? 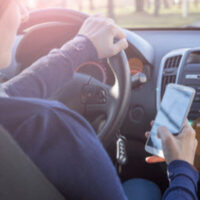 Previously, texting and driving was a secondary offense under Florida law. This meant that an officer could not pull you over just for that. Under the new law, it can be a primary offense. And, if the violation was performed in a construction or school zone, it would qualify for an enhanced penalty.

Some people might not be worried about paying a fine and having a violation on their record, but they should be. They should also be concerned about what happens if they get into an accident that is caused by someone texting at the time. If someone causes an injury accident due to texting and driving, it’s important to contact an Orlando auto accident attorney as soon as possible.

Until January 1, 2020, officers in Florida can pull people over who are texting and driving and issue either a verbal or written warning. This is the transition period to offer drivers and officers a “grace period” to get used to the new law. There are a lot of questions about the new law in regard to violations and traffic fines. Whether or not a fine is issued, your attorney will argue that the driver was still negligent and that the texting while driving was the proximate cause of the accident.

Not surprisingly, people have a lot of questions regarding the new law. Per Florida Today, some key points of the new law include:

If you or a loved one was injured in an auto accident caused by someone else’s negligence, don’t attempt to pursue a claim on your own. Even if the other driver didn’t receive a ticket for distracted driving, it doesn’t mean you don’t have a right to pursue an injury claim in many situations. Contact Payer Law today to schedule an initial consultation. Let our Orlando auto accident lawyers sit down and help you determine whether you have a valid injury claim against the other party.