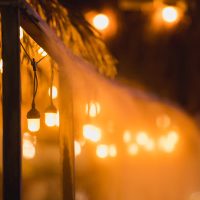 Disney World faces continued ire over a lawsuit regarding a fatality at its resort. The incident allegedly involves a woman falling to her death from a hotel at the resort, and it has put the entertainment company in the spotlight once again. This is hardly the first time the resort and theme park has been sued, and it will not be the last. That being said, fatal incidents are obviously much more serious than non-fatal injuries, and this lawsuit may damage the company’s reputation to a significant extent.

If you have suffered an injury at Disney World or any other resort in Florida, it makes sense to get in touch with a qualified, experienced personal injury attorney in Orlando as soon as possible. The same applies to any family members of deceased victims who passed away after theme park incidents. With help from a legal professional, you can file what’s known as a “wrongful death” lawsuit. This type of legal action can provide you with compensation for emotional distress, funeral expenses, loss of future earnings, and much more. It’s important to book your consultation with an injury lawyer as soon as possible after the incident.

In 2020, Jessica Straub fell to her death at Disney’s Caribbean Beach Resort. Although details are scarce, the woman apparently died from blunt force trauma to the head. She eventually succumbed to her wounds a few days later on December 22nd. Her family members eventually established an alleged link between her death and the fall she suffered at the resort, subsequently filing a lawsuit against Disney.

However, Disney is not going to take this one sitting down. The time delay between the alleged injury and the plaintiff’s death have led the company’s lawyers to treat the claim with skepticism, and they argue that there is absolutely no evidence to suggest that the death was actually caused by the blunt force trauma.

In one statement, Disney questions the lack of detail in the plaintiffs claim, saying:

“Noticeably absent are: any description or allegation explaining what or whom allegedly inflicted the ‘bodily injury’ on Ms. Straub; what the specific nature of the ‘bodily injury’ was; where in the roughly 200 acres that comprise Walt Disney Parks and Resorts’ Caribbean Beach Resort the injury allegedly occurred; or when in the four-day time-period referenced in the Complaint Ms. Straub’s injury occurred.”

If you’ve been searching for a qualified, experienced Orlando personal injury attorney, look no further than Payer Law. Over the years, we have helped numerous injured victims in the Sunshine State. We know how traumatic and life-altering these resort injuries can be, and we’re ready to help you fight for your rights in an efficient manner. Filing a lawsuit may seem like an arduous task, but it can provide you with a considerable settlement for both economic and non-economic damages. Using your settlement, you can pay for medical expenses, missed wages, emotional distress, funeral expenses, and much more. Book your consultation today to get started with a solid action plan.