Concerns Over Semi-Truck Safety In Florida 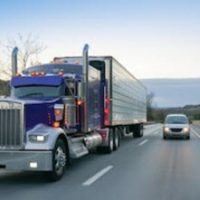 Semi-trucks are inherently more dangerous than passenger vehicles due to their size, weight, and maneuverability (or lack thereof). Throw in plenty of blind spots and a braking distance that often exceeds 500 feet, and you have a real recipe for tragedy. Florida is no stranger to these tragedies, having experienced a multitude of semi-truck crashes over the years. These crashes show no sign of slowing down, and there have been many notable incidents within the past week alone. Unfortunately, some of these semi-truck crashes have resulted in serious injuries for innocent motorists.

If you have been injured in a semi-truck crash, you should get in touch with a qualified, experienced personal injury attorney in Orlando as soon as possible. With help from one of these legal professionals, you can explore your legal options in a confident, efficient manner. In many situations, you may have the ability to sue trucking companies and other negligent parties for your damages. This can result in a considerable financial settlement that you can use to pay for medical expenses, missed wages, and a range of other damages.

Semi-Truck Smashes Through Guardrail Before Igniting

On June 2nd, it was reported that a semi-truck was on fire on I-75, facing the wrong direction into oncoming traffic (1). The vehicle had apparently crashed through a guardrail after suffering a blown tire. The fire was a serious hazard, requiring 10 gallons of foam to finally extinguish. However, no injuries were reported in what can only be described as a miracle.

On June 3rd, it was reported that a semi-truck had crashed into an overturned box truck, causing serious injuries to a teen (2). Two other individuals suffered injuries due to the crash, which occurred on State Road 223 near Starke. It began when a box truck swerved and turned over. This would have been bad enough, but a semi-truck following behind then impacted the box truck, causing additional injuries. Among the injured occupants was a 13-year-old girl.

Although semi-trucks can cause crashes when they strike other vehicles, they can also cause incidents when their components come loose. On June 5th, it was reported that a semi-truck’s brake pad had come loose on I-75, smashing through a smaller vehicle’s windshield (3). The Nissan SUV suffered serious damage from the impact, but somehow the flying metal object didn’t cause any injuries to the people inside.

The dedicated Orlando personal injury attorneys at Payer Law are prepared to assist you today. Over the years, we have helped numerous injured plaintiffs – including those who have been harmed by negligent, reckless truck drivers. We know that the injuries caused by these accidents can be quite severe, and we’re ready to help you fight for justice. Book your consultation today, and you can strive for a fair, adequate settlement that covers your damages.