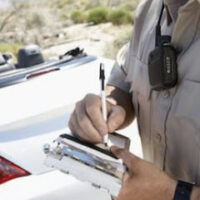 If you have ever operated a motor vehicle on American roadways, you almost certainly can appreciate the importance of universal “rules of the road.”  For example, consider how detrimental and dangerous driving would be if nobody paid attention to lane markers or speed limits.  The risk for accidents and subsequent personal injury would be astronomical.

While the rules of the road help lower the risk of getting in an accident, drivers invariably make decisions that lead to crashes and personal injury.  When this happens, injured drivers will almost certainly want to know their options for pursuing legal action.

For example, If you were found to be ultimately responsible for 40% of a crash, then your compensation for damages incurred could be reduced by 40%.  Therefore, it is important for drivers in Florida to be cognizant of common traffic violations so that they can be aware of their own actions and reduce their chances of being comparatively negligent in an accident where personal injury occurs.

Read on to discover what Florida drivers should know about common traffic violations.

Speeding is a common traffic violation that is certain to be considered by courts when determining comparative negligence in personal injury cases.  In addition, Orlando and the greater Orange County have determined a fine structure based on how far above the speed limit drivers are caught going; fines can be as high as $279, and a mandatory court appearance if cited going 30mph or more over the speed limit.

Driving Through a Red Light

Failing to stop at a red light is another common contributing factor to crashes that cause personal injury.  In many metropolitan areas today, cameras attached to traffic lights help courts determine with near certainty if anyone involved in an accident acted negligently by blowing through a stoplight.

Florida law designates following too closely (i.e. tailgating) as a moving violation and therefore subject to citation.  In the event of a rear-end accident where the driver was determined to be following too closely, the courts will likely look to assign a percentage of comparative negligence to that driver.

Driving Under the Influence (DUI)

It should be fairly obvious that driving under the influence of alcohol or other drugs is grounds for being considered negligent in the event of an auto accident.  In addition to any compensation owed as part of a personal injury suit, the state of Florida imposes significant penalties and driving restrictions on individuals convicted of a DUI.

Let an Attorney Help You Today

Compiling a case that shows comparative negligence of other drivers involved in a crash can be a daunting process for the inexperienced.  That’s why many Orlando residents decide to employ the services of an experienced Orlando personal injury attorney.  Don’t hesitate to contact Payer Law today for help.