Can You Sue For An Exploding Vape Pen In Florida? 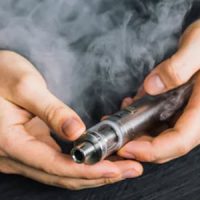 Vape pens have become increasingly popular over the past decade or so, with millions of Americans now preferring these devices to cigarettes. They can help individuals quit smoking, and they may contain nicotine or relatively innocuous mixtures of substances. However, vape pens can also cause serious harm to individuals, especially when they explode without warning. This might seem like a freak accident at first, but the statistics clearly show that these accidents happen on a fairly regular basis in Florida. But can you really sue for an exploding vape pen in Orlando?

Yet Another Exploding Vape Pen Lawsuit in Florida

On October 25th of 2022, it was reported that yet another injured plaintiff had filed a lawsuit in connection with an exploding vape pen. According to the lawsuit, the vape pen had exploded when it was in the plaintiff’s pocket – causing serious injury. He is now seeking compensation for his injuries and attempting to hold the manufacturer of the vape pen accountable.

This Isn’t the First Time This Has Happened

This isn’t the first time this has happened in the Sunshine State. In 2018, it was reported that a man had been killed by an exploding vape pen. His official cause of death was listed as “projectile wound to the head,” implying that the exploding vape pen sent shrapnel flying in all directions. The coroner’s office later stated that two pieces of shrapnel impacted the man’s head, causing catastrophic and fatal injuries.

This just goes to show that while an exploding vape in a pocket can cause serious harm, things can get even more serious if the pen explodes directly next to the face. In 2019, another individual lost their life in Texas after a vape pen exploded directly in front of their face. This means that vape pen deaths are certainly not unheard of in the United States, and they seem to be occurring every year.

The Basics of a Product Liability Claim

If you’ve been searching for a qualified, experienced Orlando personal injury attorney, look no further than Payer Law. We have been helping injured plaintiffs in the Orlando area for many years, and we can guide you towards a positive outcome with a sense of efficiency and confidence. With a settlement, you can pay for medical expenses, missed wages, emotional distress, and any other damages you might have incurred due to your accident. To assess your legal options in greater detail, book a consultation today.