Can You Sue A Business For Allowing A Shooting To Occur? 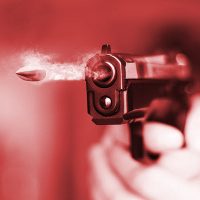 Gun crime is a serious danger in the United States, and it can occur on the street, in people’s homes, and in businesses. When people go outside, they typically do not expect to be shot at. This is perhaps especially true if they set foot in businesses that have a reputation for safety and security. But as gun crime continues to rise in Florida, people are beginning to learn that some businesses are less safe than others. For example, 24/7 fast food restaurants are beginning to develop a clear reputation for serious violence. That might surprise some people – but what about a grocery store? Is this also a common area for gun violence? The answer is just as surprising…

Family Sues Publix After Grandma and Grandson Killed in Shooting

On October 20th of 2022, it was reported that the family of two deceased individuals were suing Publix. These two family members had died in a shooting while shopping at the grocery store in Royal Palm Beach back in 2021. One individual was a 69-year-old grandmother, while the other was a 23-month-old baby. A shooter walked into the store and opened fire before taking his own life.

Family members argue that there had been many other violent incidents in this particular store over the years, and that Publix should have taken more concrete steps to deter further violence. Specifically, the family claims in their lawsuit that the company should have hired security guards, gun detection devices, and specially-trained employees.

The records seem to back up these claims, as there were “dozens” of police reports filed in connection with incidents at this particular grocery store from 2018 to 2021. The family is seeking damages of more than $30,000, according to one report.

This type of lawsuit is known as a “negligent security” claim. It revolves around the assumption that the property owner has a legal duty to protect the safety of innocent people on their premises. If certain conditions are present, this also extends to protecting citizens from other citizens.

Courts assess many factors when determining whether a business should be held liable for injuries associated with violent incidents on their premises. First, they assess the type of business involved. Is this type of business known for violence and rowdiness? For example, a casino, a nightclub, or a bar might be considered a type of business that attracts violent criminals. They might also consider the location of the business. Is the business located in an area known for high levels of crime? In addition, courts often look at any past instances of violence in that specific business. For example, if a business has experienced 12 prior assaults in its parking lot within the past month, this shows that they were aware or should have been aware that there was a serious danger for innocent people.

Where Can I Find an Orlando Injury Lawyer?

Payer Law has been serving injured victims in the Orlando area for many years. We know that negligent security is a real issue among many Floridian businesses, and we’re ready to hold parties accountable for allowing preventable violence on their premises. With assistance from our Orlando personal injury lawyers, you can get compensation for medical expenses, missed wages, emotional distress, and much more. Book your consultation today to get started with a clear and effective action plan.