Can I Sue the Other Party’s Auto Manufacturer? 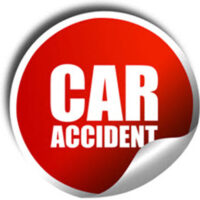 Most traffic collisions occur because of driver error, such as speeding, drinking and driving, aggressive maneuvers, or taking their eyes off the road to text, for example. However, some crashes are caused by other factors, such as potholes or defective auto parts. If you were injured and you suspect that the other party’s defective vehicle caused the collision, you may be able to sue their auto manufacturer (as does the other party if they were also injured).

Why Not Just Sue The Other Driver?

If filing a personal injury claim against a car manufacturer sounds more difficult than suing the other driver directly, that is because it is. A claim against a manufacturer requires a burden of proof that the brakes, for example, were defective and were a contributing cause of the collision. But, regardless of the extra degree of difficulty, it is vital that you file a lawsuit against all parties that were responsible for causing the collision. For one, a car manufacturer has an unlimited amount of funds to pursue to cover your medical expenses, lost wages, pain and suffering, and other extensive damages. The driver may have no insurance at all, or a small bodily injury policy that does not cover your damages. By suing the auto manufacturer for a defect that led to the crash, you ensure that you are being compensated fairly and fully for your damages.

The Other Party May be Liable As Well

In some cases, you may end up filing a personal injury claim with the other driver and their auto manufacturer, because both are liable. For example, their car’s brakes may have been defective (which is different than simply unmaintained) and they may have been texting on their phone leading up to the crash. A combination of their own distracted driving, and their car’s defective brakes, led to the crash.

How Rare are Defective Auto Parts?

Since the National Traffic and Motor Vehicle Safety Act was created in 1966, the National Highway Traffic Safety Administration (NHTSA) has recalled more than 390 million vehicles, 46 million tires, 66 million pieces of motor vehicle equipment, and 42 million car seats due to defects. As such, defective vehicles are not that uncommon. However, many of these vehicles and parts are recalled before most owners have problems with their defective products. If a recall is issued and the owner of the vehicle continues driving in their defective car, knowing that it was recalled, the manufacturer may not be held liable if they end up getting into a crash and harming another driver.

There is a big difference between defective brakes, for example, and unmaintained brakes. It is the duty of each driver to ensure the safety of their vehicle when it comes to maintenance and upkeep. For example, under inflated tires by 25 percent or more increase the chance of crashing by three times, according to Consumer Reports.

Defective manufacturing leads to thousands of injuries every year. If you were involved in a collision caused by another party, call the Orlando personal injury lawyers at Payer Law, LLC today at 407-307-2979 for a free case evaluation.