Can Aggressive Honking Be a Form of Negligence? 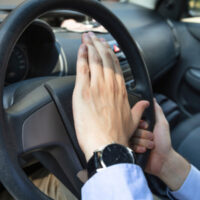 Honking may not only be bad for your health, due to stress put on your cardiac system caused by noise pollution (according to Brainfacts), but honking can also lead to collisions that would otherwise not take place. Honking is a form of distraction and escalation of road rage, both of which increase the likelihood of a collision. If you were injured in a collision that was caused by another driver’s road rage due to excessive honking, tailgating, or another form of aggressive driving, you need to talk to an attorney about your legal options for compensation.

Why Honking is Dangerous

While horns are included in cars for safety, such as to warn another driver to keep from merging into an already occupied lane, the fact is that horns are more commonly used to punish or retaliate against other road users. According to AAA’s Foundation for Traffic Safety, 45 percent of drivers report using their car’s horn to show their annoyance. Honking is a form of road rage, which can escalate aggressive driving, startle other road users into making a maneuver that puts themselves or others at risk, or distract the victimized driver from another hazard, such as a light that is changing from green to yellow.

The Problems With Unnecessary Honking

Other Forms of Road Rage

Honking may be one of the most common forms of road rage, but there are plenty of others that often go hand in hand with it. One or more of the following types of road rage generally accompany excessive, retaliatory, impatient, or unnecessary honking:

Are you a victim of another driver’s road rage? If you suffered serious injuries because of another driver’s excessive honking, speeding, tailgating, swerving, and/or another type of road rage, you have options. Call the experienced Orlando car accident attorneys at the Payer Law Group today at 866-930-1238 to schedule a free consultation.